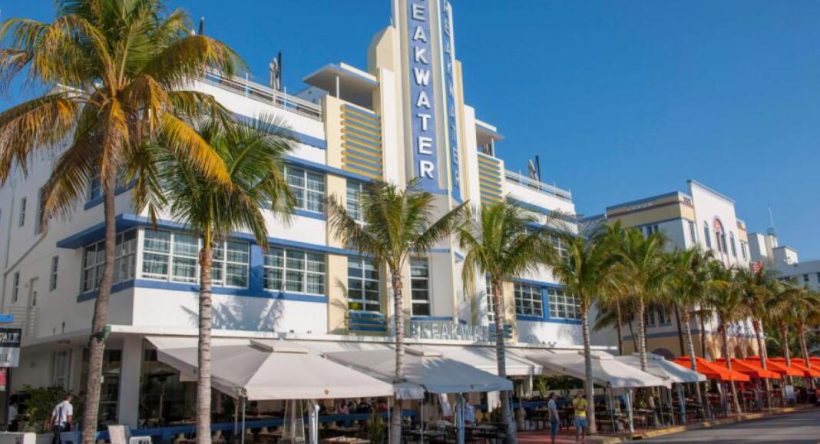 On the wide white sandy beaches of Miami Beach, it is mainly about seeing and being seen. Enjoy tropical temperatures on your sunbed and feast your eyes. The chance that you spot a celebrity during your Miami holiday is very high, because Miami Beach is hip and happening! At night you can also bump into the stars in the many clubs where you can party until the early hours. And this city is also a true paradise for the shop-a-holic.

During a holiday in Miami there is a lot to experience for both the adventurous traveler and the luxury traveler. Miami has it all! Are you hesitating to take children on your Miami vacation? A holiday in Miami also offers plenty of options for children. You can also choose to extend the holiday to a Florida Holiday.

Lincoln Road is located in South Beach and is Miami’s exclusive shopping street. For the real shop-a-holics, a holiday in Miami offers plenty of options. Here you can find all the exclusive brands: it is a true paradise for shoppers. You will also find star restaurants, trendy bars and hip nightclubs here.

South Pointe Park is a 17-acre urban park at the very southern tip of Miami Beach. Here you can walk or jog, and there is a restaurant and children’s playground.

Downtown Miami is a busy area of ​​Miami with many shops, restaurants and bars. In the evening you can visit a basketball game of the Miami Heat or attend a concert of a famous artist in the American Arena. If you love ballet, visit the Adrienne Arsht Center, home of the Miami City Ballet, during your Miami vacation.

You can view contemporary art at the Perez Art Museum Miami. Bayside Marketplace is located near Downtown Miami. This is a two-story outdoor shopping mall. The mall is located on the shores of Biscayne Bay, next to the Miami Marina. If you want to have a nice American style lunch, go here to The Hard Rock Cafe Miami.

Villa Vizcaya is located in the Coconut Grove neighborhood and was built in the period 1914-1916 for the entrepreneur James Deering. This villa is a fine example of Mediterranean Revival architecture. The villa has more than 70 rooms with furniture and paintings from the 15th to the 19th century.

Miami Seaquarium is one of the oldest oceanariums in the United States and is located on the island of Virginia Key in Biscayne Bay.

Little Havana is a vibrant Cuban neighborhood in Miami. Cafés serve Cuban coffee and on Calle Ocho residents discuss politics while playing dominoes in Maximo Gomez Park. This park is therefore called Domino Park by the residents.
It is a very nice neighborhood to walk through and enjoy a nice meal in a Cuban restaurant or drink a Cuba Libre on one of the terraces.

Wynwood is a neighborhood in Miami known for its many colorful murals. The district is an open-air museum with a large number of works by famous street artists. You can also find chic clothing boutiques in this district. The often young crowd visits stylish bistros and night bars here.

Around 1830, Richard Fitzpatrick set foot ashore. He owned a large plantation and had the original inhabitants work as slaves here. This led to a fierce battle; also known as the Florida Wars.

Around 1920, Miami was bursting at the seams because of allowing gambling in combination with alcohol. Hotels and houses were built at a rapid pace.

Around 1980, Miami was overrun with Cubans fleeing the Castro regime. The area quickly became overcrowded, causing many people to flee the city of Miami. The city fell into disrepair and was almost bankrupt. Crime was very high during this period. After this period, drastic measures were taken and Miami and Miami Beach respectively became a lot safer.

Today, Miami has grown into a trendy city, best known for its white beaches, hip nightlife and true shopping paradise. A vacation in Miami is a success for everyone! 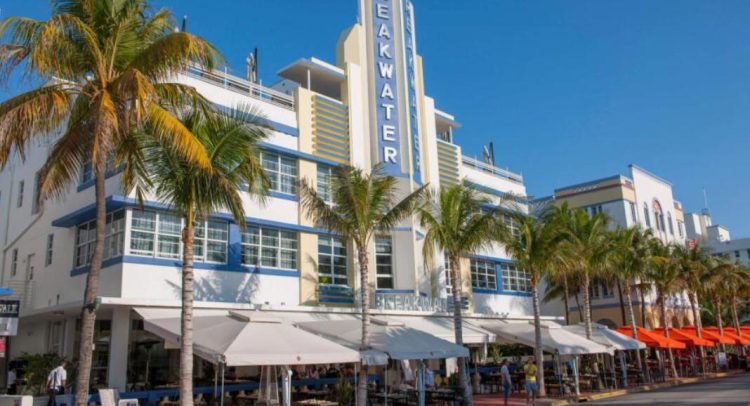