Of the chroniclers who described the conquest of New Granada, later Colombia, in the 17th century, notably Juan Rodríguez Freile, son of a conquistador, depicting life in the colony until 1636, and bishop Lucas Fernández de Piedrahita, with royal indigenous blood in the veins, who also praise the cultures that existed in Colombia before the arrival of the Spaniards. The 18th century exhibits a large Baroque poet, nun Francisca Josefa del Castillo y Guevara, famous for his poems, diaries and the autobiography “Vida” (‘Life’). The romance of the 19th century produced a great novelist, Jorge Isaacs, and a few significant poets, José Eusebio Caro and Rafael Pombo. In the melancholy and rebellious José Asunción Silva, Spanish American modernism gained one of its most accomplished poets. Guillermo Valencia also belonged to the same school. 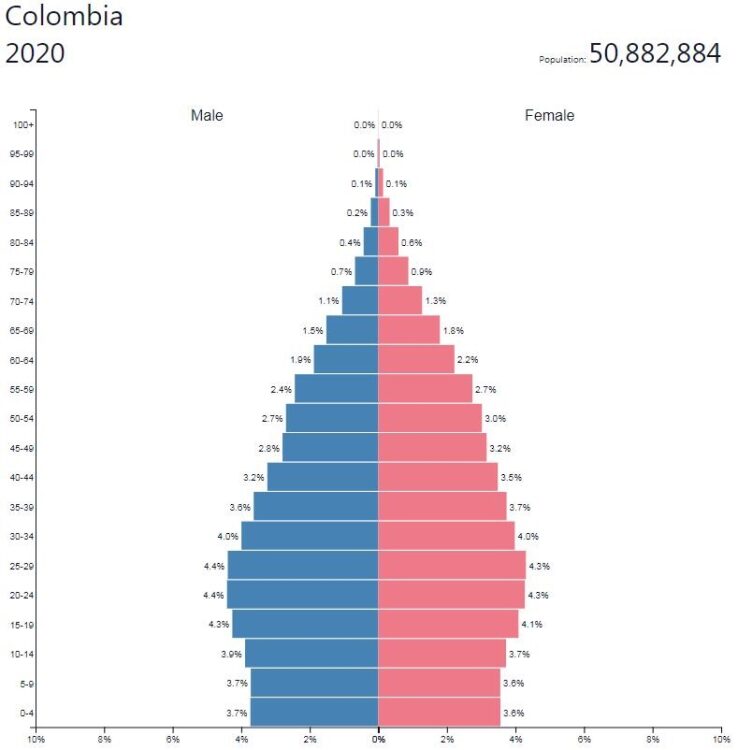 At the beginning of the 20th century, Tomás Carrasquilla wrote a series of popular, realistic novels and short stories, filled with dialogue and spoken language. José Eustasio Rivera portrayed man’s struggle to survive in the tropical nature and the abysmal conditions of the rubber workers in the jungle. Violence has a prominent place in Colombia, both in its age and in its modern history. This is reflected in the novelists. Gabriel García Márquez, the most internationally known, is not an isolated phenomenon, but he has a number of important predecessors, especially Jorge Zalamea, Eduardo Caballero Calderón and Manuel Mejía Vallejo. The writers of the generation after García Márquez – Germán Espinosa, Oscar Collazos, Rafael Humberto Moreno-Durán – have developed a great sense of grotesque and humor, the extravagant and sensual and gladly sought back in history. During the 20th century, Colombia has been more distinguished by its prose than by its poetry. Some important poets from different generations are the Swedish-born León de Greiff, Germán Pardo García, Eduardo Carranza, Jorge Rojas, Jorge Gaitán Durán, Alvaro Mutis and JG Cobo Borda.

The theater in Colombia reflects to a great extent the violence in the surrounding community and has therefore often been badly seen by the authorities. At the beginning of the 20th century, the country had some important playwrights, Alejandro Meza Nicholls, Antonio Alvarez Lleras and Luis Enrique Osorio. Osorio founded the magazine Teatro, formed his own theater company and started the Teatro de la Comedia in 1953. The creation of the 1955 Teatro Experimental de Cali under the direction of Enrique Buenaventura meant a vitamin injection for theater life in Colombia and the rest of Latin America. Other notable dramatists of recent times are Carlos José Reyes, Gilberto Martínez Arango, Germán Espinosa, Guillermo Maldonado Pérez and Esteban Navas Cortés.

The first screenings of Lumières Cinématographe were held in 1897, and a few years later the first cinemas opened in Bogotá. During the first decades of the 20th century there was an occasional production of journal and documentary films. It was not until the 1920’s that a feature film production began. Among the dozen silent films, Alfredo del Diestros (1885–1951) and Máximo Calvo Olmedos (1886–1973) distinguished romantic melodrama “Maria” (1922) as the greatest audience success of the era.

A transition to audio films around 1930 and competition from American, Argentinian and Mexican films hampered domestic production for decades to come. During the 1950’s, writer Gabriel García Márquez, among others, attempted to renew the film, but several of his screenplays for his own novels – such as “Tiempo de morir” (1966, directed by Arturo Ripstein) – were produced in other Spanish-speaking countries such as Mexico.

Colombia’s indigenous population was divided before the colonial period between the western slopes of the Andes and the areas surrounding the tropical rivers that flow into the Caribbean Sea. Muisca, who lived on the high plateaus parallel to the Pacific coast, was a significant group. However, between them and the people living in the Caribbean, no major differences are found in the way of construction. Both groups built wood, clay and straw in densely built villages.

During the colonial period, Spanish-style buildings flourished mainly in defense facilities and monasteries. During independence, Colombia has undergone various phases during which not least European currents have affected architecture. After the Second World War, well-known Latin American architects, such as Brazil’s Oscar Niemeyer and Venezuela’s Carlos Raúl Villanueva, gained strong influence in the country. This created a trend that seeks to combine modern functionalism and technology with local traditions. Laureano Forero’s burial chapel in Medellín (1973) is an example of the application of new technology. Rogelio Salmona’s work, on the other hand, shows – in terms of both private and public houses – that he has taken inspiration from colonial architecture, especially with regard to the location of the houses around a traditional Mediterranean courtyard.

Music life revolved around the cathedral in Bogotá during the colonial era, where many talented chaplains were active until the end of the 18th century. From the middle of the 19th century, more and more composers were influenced by native folk music. Guillermo Uribe Holguín (1880-1971) appears to be the most important in this generation. Among internationally known contemporary composers is Blas Emilio Atehortúa (born 1943).

On the Caribbean coast is the two-stroke dance cumbia, now popular throughout Latin America. It can be played in gaita groups on flutes originating from the Kogi people or in vallenato trio on accordions, both accompanied by percussion with African features. The Pacific coast’s music is dominated by groups with marimba, acoustic and percussion, usually with the African-influenced 6/8 beat currulao style.

In the central Andean area, groups with the stringed instruments guitar, tiple and bandola dominate the softer 6/8 beat bamboo style. In the Llanos area of ​​eastern Colombia, harp, the small guitar cuatro and maracas are played; most often it is about joropo at 6/8 rate.

In the mid-1900’s, the traditional Cumbian was transformed into an urban, big-band dance and music style, which today is popular in various varieties across Latin America, often associated with salsa. The indigenous rock was developed during the 1960’s but did not get its own character until the 1970’s with the folk rock band Génesis (format 1972), which brought in features from cumbia.

Since the 1990’s, Colombia has been an internationally known scene for punk and metal. One of the most talked about bands is Aterciopelados (formed in 1992) with its socially engaged lyrics.

Salsa in the form of music and dance is an important part of the culture. The group Fruko y sus Tesos (formed circa 1970) and singer Joe Arroyo (1955–2011) created a native form of salsa with elements of reggae. Grupo Niche (formed around 1980) is another influential salsa group.

A relatively new style is tropipop, rock and pop influenced by traditional music, mainly vallenato, and salsa. The style is associated with artists such as Carlos Vives (born 1961) and Fonseca (born 1979). Among the mainstream pop artists are world star Shakira and singer / songwriter Juanes (born 1972), former member of the rock group Ekhymosis (formed circa 1988). A unique music group is Monsieur Periné (formed in 2007), which creates a swinging form of Latin pop.