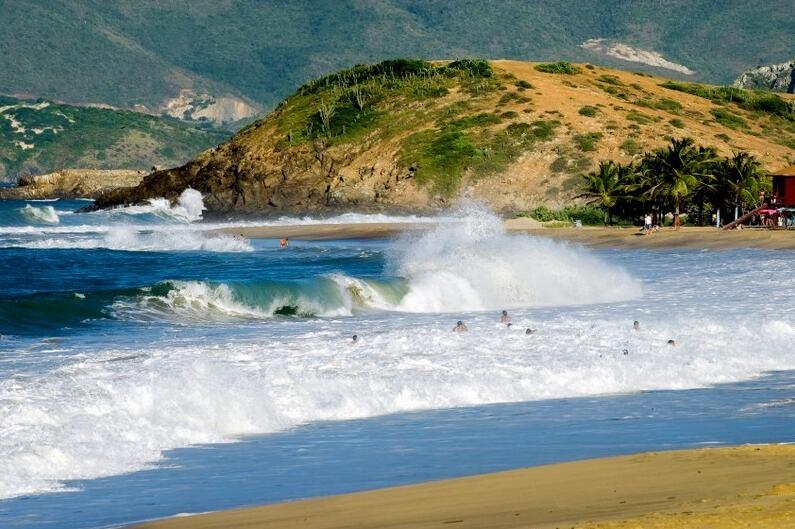 Venezuela has a varied geography and topography that encompasses both the Caribbean coast, the Amazon rainforest, the lowlands (Llanos) and the northern end of the Andes.

The eastern part of the country, east and south of Orinoco, is made up of the Guyanese Highlands, also known as the Amazon Shield. This is part of a continental shield with bedrock rocks formed in Precambrian times. The highlands reach 2950 meters above sea level in Auyán-tepuy and are intersected by deep valleys with many high waterfalls, including the world’s highest, the 978 meters high Angelfossen waterfall. Orinoco’s flat basin, the plain of Llanos, forms a transition to the mountains to the north and west.

A northern outlet of the Andes, Cordillera Oriental, enters Venezuela in two arms; The Sierra de Perijá, which borders Colombia in the west, and the Cordillera de Mérida, which extends to the northeast and reaches 5007 meters above sea level in Cerro Bolívar. These two mountain ranges surround the plain around the shallow Maracaibo lake.

To the east, Cordillera de Mérida divides into several parallel chains with fertile basins in between, including the Caracas Valley and the capital Caracas. Farther east the foothills of the mountain range over the Paria Peninsula lead towards Trinidad, and south of this spreads Orinoco’s extensive participation.

The spectacular scenery of the Canaima National Park, southeast of Venezuela, attracts many tourists. The photo is taken from the Carrao River below the Hacha Falls. The mountain in the background, Auyán Tepui, is the spring mountain for Salto del Angel, the world’s highest waterfall.

Venezuela also includes Isla de Margarita, La Tortuga and about 70 other islands in the Caribbean.

Venezuela has tropical climate; the annual average temperature in the lower regions is 25–28 ° C with small temperature variations. However, the temperatures are moderated by the height and from approx. 1500 masl the average temperature is below 20 ° C. On the coast to the north, the northeast passage gives a lot of rainfall in the period June – October, especially in east-facing mountains. 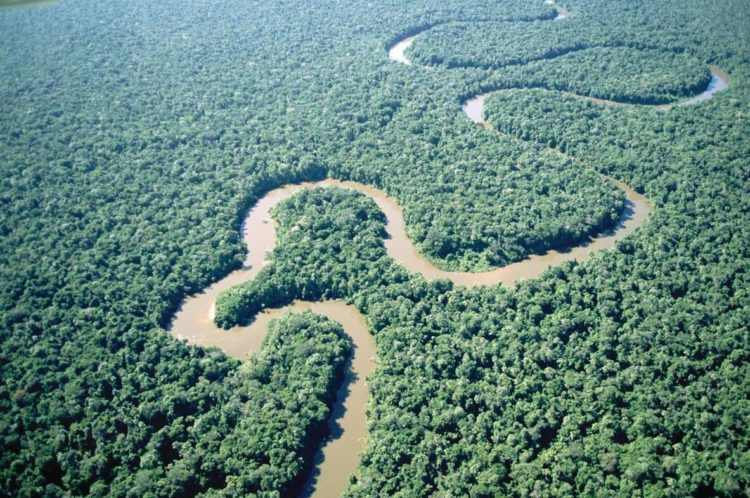 The 2140 km-long river Orinoco flows through a vast plain, Llanos.

Lower and more protected areas receive little rain (400–500 mm), and partly have steep climates. In the south there is a tropical rain climate; the annual rainfall is 1000–2000 mm, with minimum January – March.

In Llanos, there are often floods during the rainy season (April – November), while the rest of the year can be hit by drought. 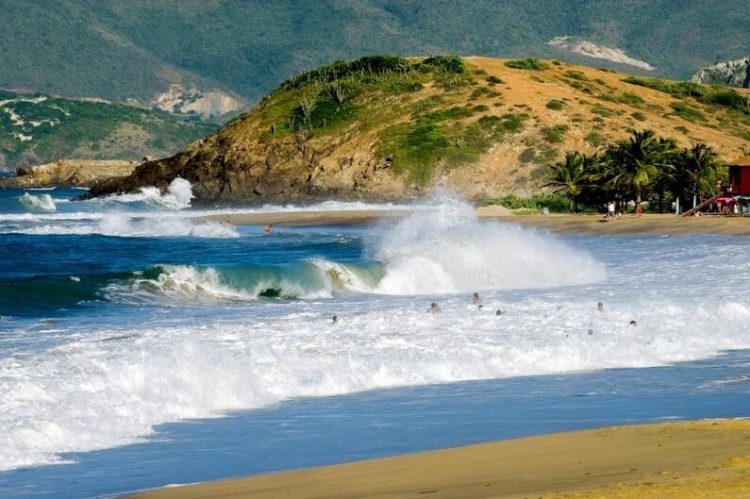 Due to the great variety of topography, climate and soil, the vegetation is in Venezuela very alternating. At the coast there are mangrove belts followed inland by a palm-rich swamp forest along the rivers, in the northern coastal areas of the chaparral and semi-desert with cacti and thorn bushes. Large areas of the Orinoco basin, Llanos, are covered by savanna vegetation, while the area closest to Orinoco itself and its bees has tropical rainforest. Tropical rainforest is also found in the southeastern parts of the country, as the main vegetation type from ca. 300 masl and upwards. In upright areas, at approx. 2000 meters above sea level, it turns into a montane fog forest. In the highest mountain ranges, the forest or savannah is replaced by the distinctive open páramo vegetation. for its peculiar Espeletia trees, trees with an unbranched stem that is densely populated with large leaves and leaves.